Cash For Junk Cars – What Is Considered A Junk Car?

A-1 Hauling > Blog > Cash for Cars > Cash For Junk Cars – What Is Considered A Junk Car? 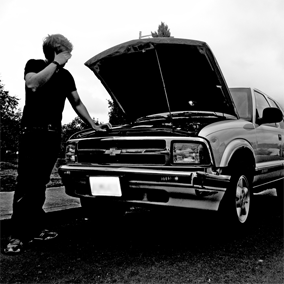 A lot of folks are still unsure what is considered and junk car and it’s preventing them from getting cash for junk cars. So, what is actually considered a junk car? A lot of folks envision a rusty old little car sitting on a lawn or in the driveway. It rarely occurs to people that a junk car doesn’t necessarily have to be old, rusty or little. A car that simply doesn’t run anymore is considered junk by many as well.

Also cars that have been in accidents can be considered junk cars too, especially when they appear to be beyond repair.Generally, any car that has little or no value to it’s owner is considered a junk car. If the car won’t run, got wrecked in an accident, or the cost to fix a broken down car exceeds the actual value of the car, it is considered to be a junk or salvage car. Many states also have the power the declare a car junk, salvaged, rebuilt, etc as well.

Typically, this happens after a car has been in an accident and was sold by an insurance company to a dealer because the total amount of damage and cost for repairs exceeded 75% of the value of the car. A lot of people don’t know this, but when a car is bought from insurance companies it is considered totaled.

With this knowledge, we hope you can make the correct decision regarding your car and if it is junk, please consider A1-Hauling. We’re a family own business that pays cash for junk cars & trucks.